Πρωταγόρας, Protagoras: アプデラのプロタゴラスはB.E.5Cの人。「人間は万物の定規である。あるものについてはあるということの、ないものについてはないということの」の言葉で知られるソフィスト。 "Man is the measure of all things: of the things that are, that they are, of the things that are not, that they are not." πάντων χρημάτων μέτρον ἐστὶν ἄνθρωπος, τῶν μὲν ὄντων ὡς ἔστιν, τῶν δὲ οὐκ ὄντων ὡς οὐκ ἔστιν.  Plato's Theaetetus at 152a  from Wikipedia Protagoras.

“Philosopher king” is an argument about ‘king’*1and it also means the person who is the most perfect human being*2. Thus, it was the matter of humanity, especially its soul which they called “Ψυχή” what was entity move its substance, in other words, it was the matter of the essence of human being. Moreover, it was very political. Because their state based on the even-relationship of its members and they had a question of how to govern*3 themselves as one synthesis. Logically, they had four options: relay on the most likely perfect ones like Gaius Julius Caesar or Caesar Divi Filius Augustus, or entrust more experienced people like Senātus, or doing it by everyone or nobody do anything.

Since a very long time ago, all kind of leaders have kept trying to know the world's will by all means*4, what thing will happen at this stage? what should we suppose to do for that? Will our efforts succeed or not? What consequence shall it bling? leaders always need the guidance of wisdom, unless those are not a mannequin or something similar. Hellenes often went to Delphi for asking Oracle each time troublesome arose. Socrates regarded devouring oracles as a desecration*5. Yes, they bothered God with trifles, then he thought we should think by oneself like God always do for them, “ ...like walking in the footsteps of God*6”, that way was exactly Philosophy.

As a Wiseman once said, "the wrong assumption will lead to the wrong conclusion", to lead the state in the right direction need collect recognition and the way to moderate conclusions*7. Ancient people called them philosophy, Today we call those ways academic, and the great efforts by judicial individuals to know things of the world and utilize the harvests from that now reached Science*8. The history of trying to know the world, understand universal laws, and do our best for the greater good is still not completed.

Becoming All of us to kings in that sense is the celestial goal of the ultimate Democracy. However, we are here. Hence, we always need something the second best to fill up the gap, to muddle through this stage.

*1:We should know about before reading Plato's argument about it. Without knowing it, how could we understand its relevant argument.

*2:The person who can almost always choose the right way is the most perfect one of us. He knows anything, he can do anything, like he is omniscient and omnipotent. In the context of such a person should lead the state, those are the people who are beloved of wisdom or at least the people who love Sophia.

*7:At least we need something we can take it as our foothold in this floating world. Some people need a creed, worship, belief though, philosopher need fact. If the fact is true and you deal with it properly, you may be happy.

*8:This word comes from the Latin , it means confirmed knowledge not mythological knowledge at a present. Blaming science because of that it is not perfect yet is the same thing as blaming human beings because of that they are human beings. It is nonsense. We are still on the way to there. 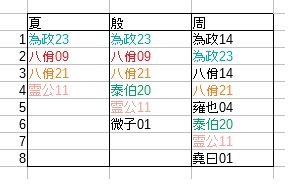 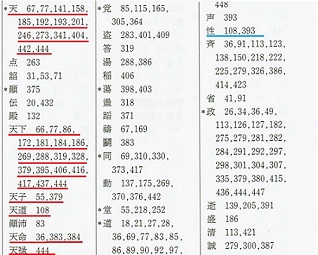